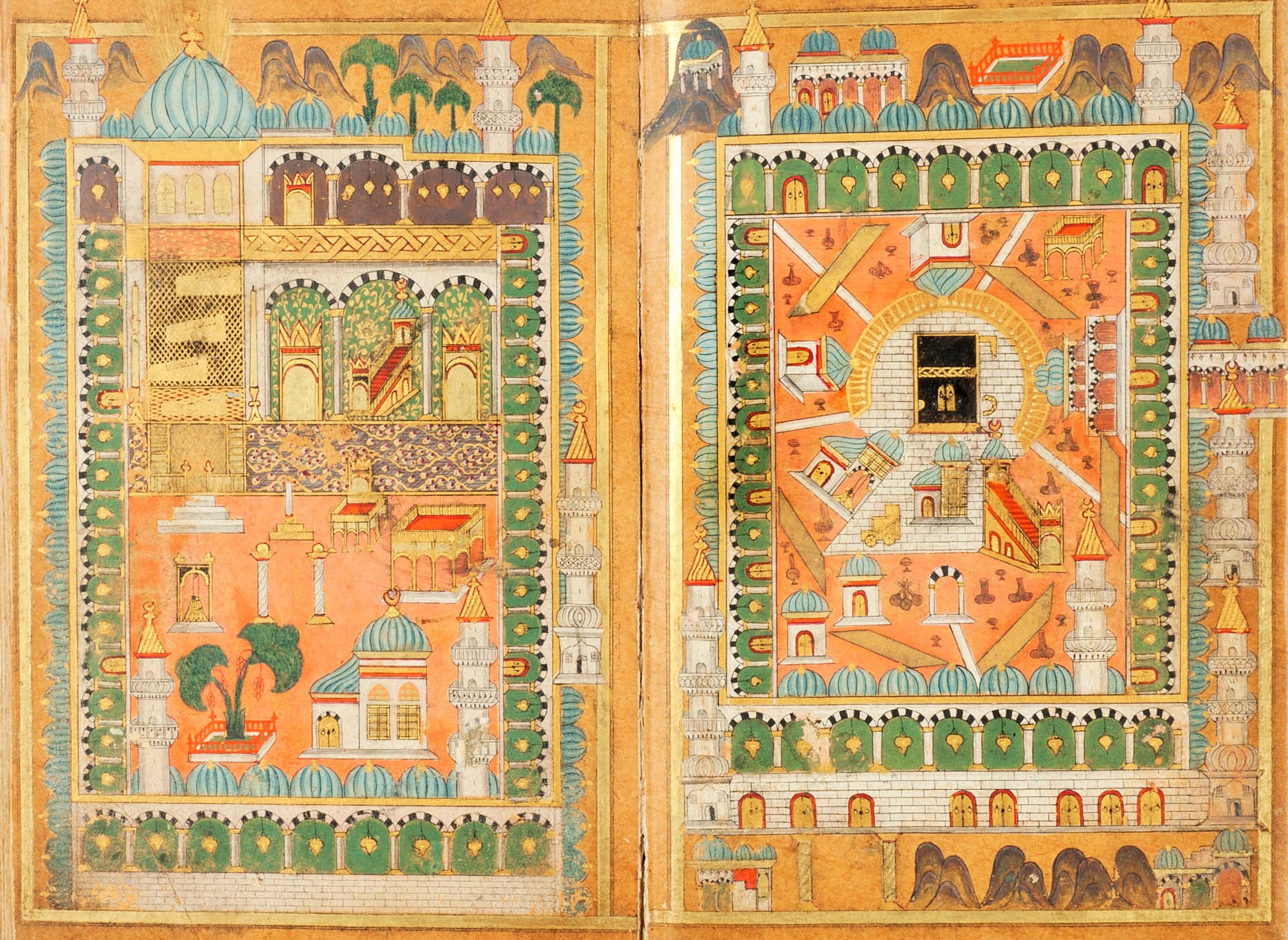 Known during the Ottoman era as “Makkah al-Mukarramah” (Mecca, the Honored, or the Holy City of Mecca) and “Al-Madinah al-Munawwarah” (the Radiant City or Medina), the two holy cities of Islam constitute a commonly used subject in the art of depiction. Reflecting the miniature style, views of the two cities are often included in tile panels set in the mihrab or mihrab walls of mosques and masjids, as well as some manuscripts of religious content. Among such manuscripts, the depiction of the two cities are always included in copies of the prayer book entitled, Delâilü’l-Hayrât and put together by Sheikh Muhammed b. Süleyman el-Cezûlî’nin (d.1465) of the Shadhili Sufi order.

The compositions particularly feature the depiction of Haram al Sharif, which surrounds the Kabah at the center of Mecca and the Masjid al Nabawi, the first mosque in Islam, which contains the tomb of Prophet Muhammad known as “Rawza al-Mutahhara” and located at the center of Medina.  The city fabric of these landmarks, as well as some of the important places of pilgrimage around the cities are depicted in a schematic manner. Lacking any perspective, scale, or shadow-light notions, these depictions deliberately enlarge certain important parts and “slant” vertical porticos in order to show all of the architectural elements. It is interesting to note that as of the 18th century, certain concessions were made to miniatures through the influence of Western painting and experiments in perspective were applied to these works.