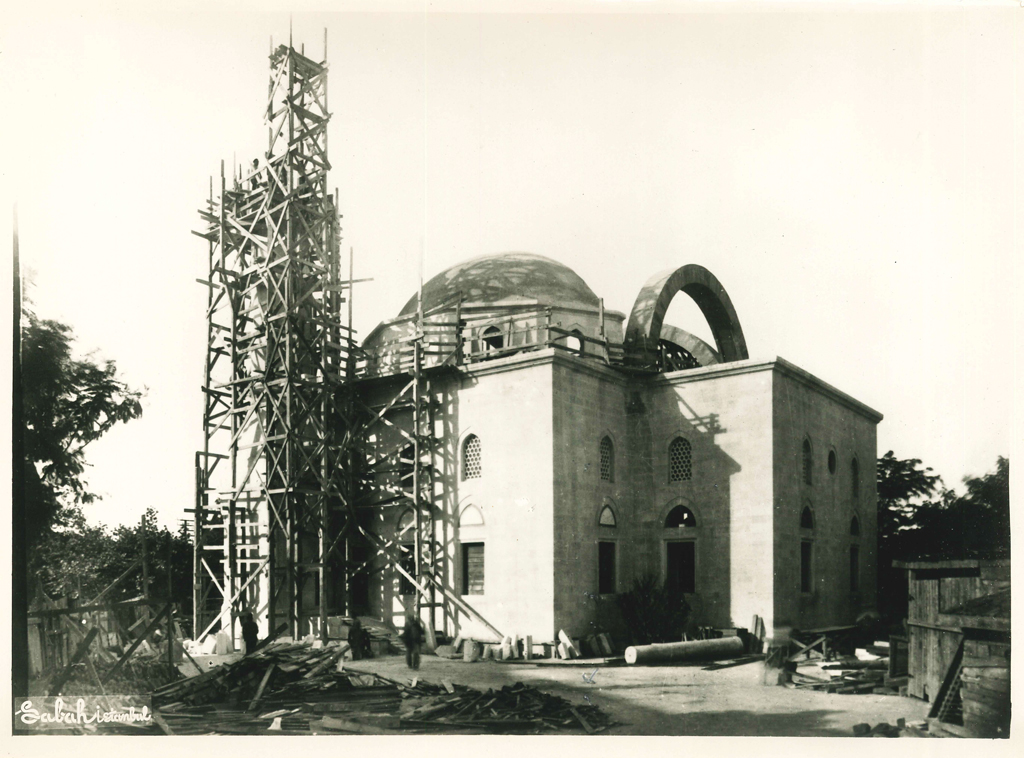 Western semidome and the southern and eastern arches of the central dome completed, construction of the minaret in progress.

İstanbul Research Institute presents the exhibition “An Ottoman Building in the Early Republican Era: The Şişli Mosque” with a selection from Suna and İnan Kıraç Foundation Photography Collection. The exhibition focuses on the first monumental religious building of the Republican era of İstanbul through selected photographs and documents.

On November 10th, 1947, in his article titled “Şişli Mosque Rises Rapidly”, Seyfi Arkan from Cumhuriyet Newspaper shared his thoughts on Şişli Mosque. Here are some quotations:

“… since last year, citizens have been donating Money and materials so that Şişli Mosque will rise rapidly. During the weekends, tradesmen, engineers, architects, doctors, and people from other professions want to volunteer their work for the mosque, even if it is carrying a stone like a workman. It is especially exciting to see among them Armenian, Greek, and Jewish citizens ready to make material and spiritual contributions.” 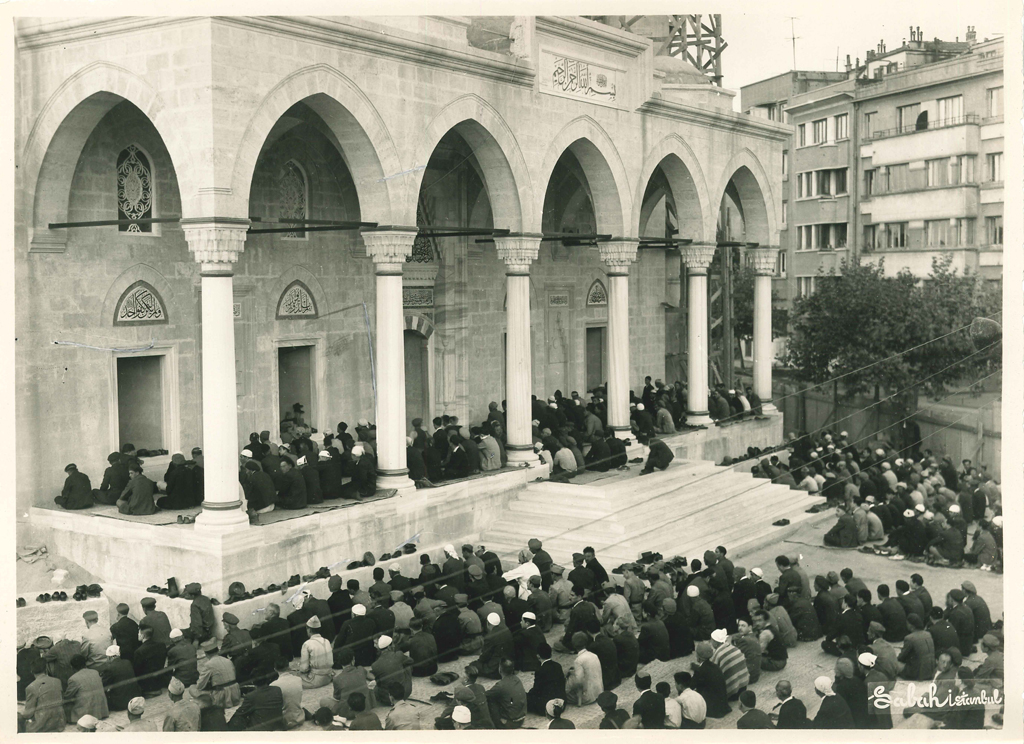 Eid prayers at the mosque still under construction, 1947.

“That is why, even though the building is not yet completed and the domes have not been finished, that calls to prayer were sung at the mosque during the month of Ramadan, and the people have prayed in masses on the marble floor of the mosque. The carpets and chandeliers given as presents contributed to the rapid completion of this monument.”

“It is an occasion for joy and pride for Turkish architecture that 200 years after the last great, classical, and accomplished Turkish mosque was built, we have seen a work of the same caliber built in Turkey.”

“The Şişli Mosque: An Ottoman Building in the Early Republican Era” exhibition can be seen at İstanbul Research Institute until September 18!