Of Venice and the 24th Byzantine Congress: Reflections by H. Sercan Sağlam

Attending the 24th International Congress of Byzantine Studies (ICBS ‘22), held in Venice and Padua, Italy on August 22–27, 2022, where I presented two different presentations on the Genoese period in Galata, was very meaningful in that it brought international Byzantine researchers together who had been away from one another due to the untimely Covid-19 pandemic, on a broad scale. We really had missed one another. Furthermore, the hybrid congress format, which allowed both in-person and online participation, facilitated the participation of researchers who had problems traveling due to various reasons, especially the ongoing Russia-Ukraine War, and was successfully carried out in my opinion, despite all the connectivity difficulties due to digital infrastructure. The sincere and voluntary efforts of the students of Venice Ca’ Foscari and Padova universities, the hosts of the congress, which we as the attendees witnessed each day, made our lives much easier from the day of registration until the final day of the congress. I have to hand it to them on this issue. 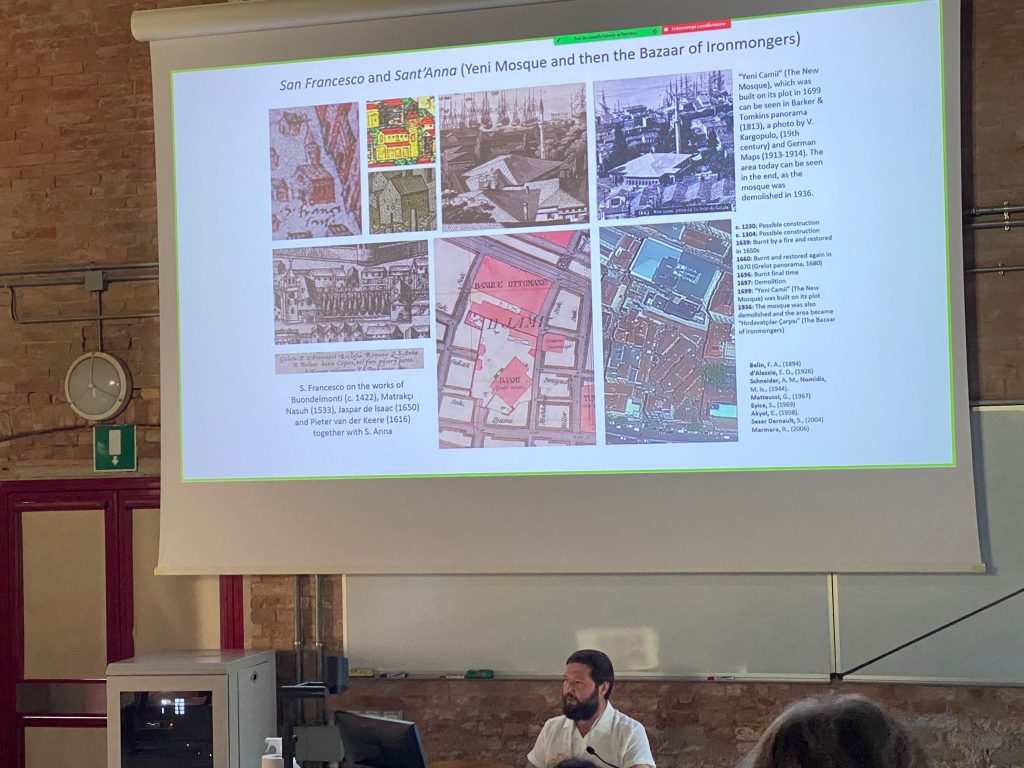 Figure 1. During my presentation on the Genoese period of Galata at the 24th International Congress of Byzantine Studies (Photograph: Barış Altan).

Since only one day of the congress was held in Padua, an academic event of about a week in Venice during the summer season lost its spatial meaning and importance to a great extent due to both the weather conditions of extreme heat and intense humidity and the endless crowds of tourists roaming the urban fabric of the narrow streets. The congress was actually going to be held in Istanbul in 2021. Of course, this possibility would have provided many advantages in terms of organization and spatial interest. In addition to the postponement dictated by the Covid-19 pandemic, as it was repeatedly underlined in the opening speeches, the decision to relocate the congress to Venice and Padua was a result of some political issues, most importantly the conversion of Hagia Sophia into a mosque. Putting aside the reasons that led to the emergence of this situation, the result was quite unfortunate for a substantial number of veteran Byzantine researchers in Turkey. A Byzantine congress held in this context in Turkey would have been a significant opportunity for researchers and students from Turkey, who have been exposed to travel restrictions due to Turkey not being a member of the European Union in addition to the increasing economic difficulties in recent years. When the congress participation fee, which can be considered as high, is combined with travel and accommodation expenses, the unfavorable conditions grew exponentially. I wish this relocation had not taken place and the initial plan for the congress to take place in Istanbul had been realized.

The opening of the congress was in the form of a magnificent ceremony at the La Fenice Theater in the center of Venice, but this splendor was largely due to the magnificence of the theater building itself. In my opinion, the number, content, repetition and the emphasis on Byzantine-Venice relations of the protocol speeches up until the speech given by John Haldon, the chairman of the International Committee, were unnecessary. 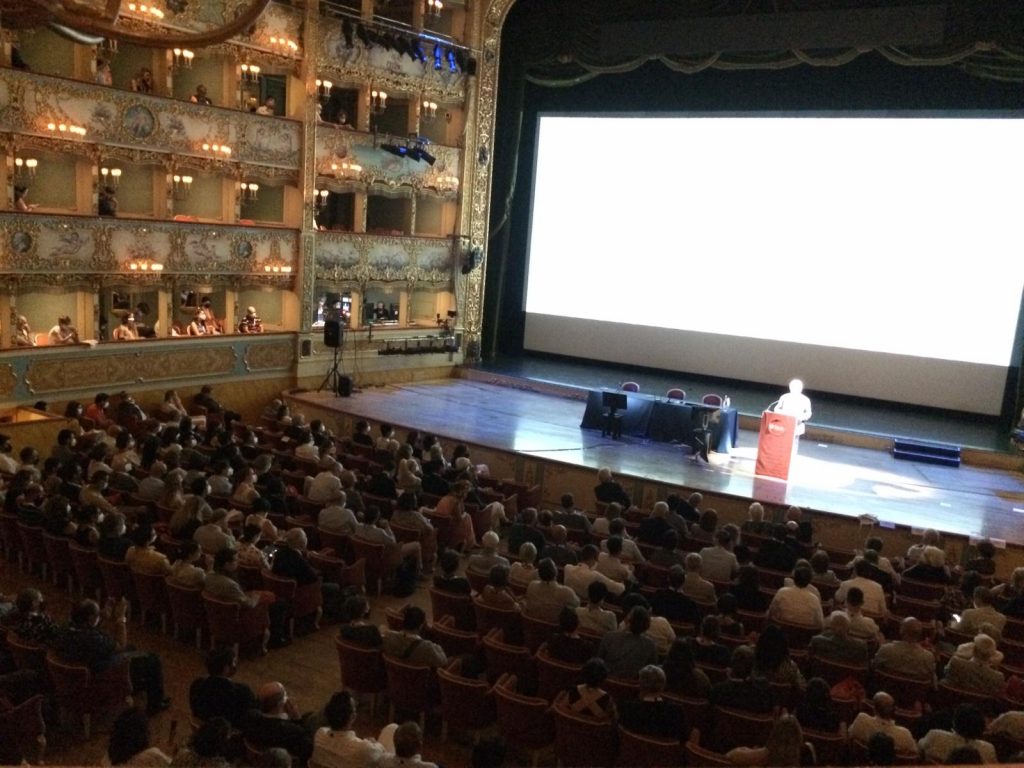 The research, which was handled in a very broad framework by appealing to many different scientific disciplines with a Byzantine focus, was presented under five main headings: plenary sessions, roundtable sessions, thematic sessions, free communications and poster presentations. The parallel session solution, which was introduced by the congress organization committee due to the high number of participants, caused conflicts. The ensuing necessity of choosing between presentations meant that it was impossible to participate in several interesting presentations. This situation could have been avoided and everyone could have participated in the presentations they wanted if the technology used for the hybrid format had been implemented. Another issue that stood out for me during the presentations was that the Q&A and discussion sessions were relatively unproductive. I guess, Byzantine researchers, who were separated from one another due to the Covid-19 pandemic, chose to avoid heated discussions, and focused on the joy of reunion and the value of being together.

We sadly followed the news, which appeared in the Turkish local press right after the congress, which was completely abrasive, unnecessarily including the names of some of our researcher friends, and were prepared solely for the purpose of targeting the congress. I would also like to express my thoughts on this peculiar perception that tends to denigrate “Byzantine” works simply because of its name. Among the civilizations that ruled in the multi-layered Anatolian lands until the establishment of the Republic of Turkey, the Byzantine Empire was neither the first, nor the last, and neither was it the most important. The old Byzantine presence that is visible almost everywhere in Turkey is not a surprise, but a phenomenon that can be easily predicted by almost everyone. All the tangible and intangible historical richness of Anatolia, which has a well-deserved reputation for being home to many different communities throughout history, naturally attract the attention of researchers and are studied at various levels. Sometimes it is shared with the scientific world through thematic activities. Most of the scientific research is carried out as part of interdisciplinary archaeological studies and projects, so that all historical periods of Anatolia, including the Ottoman Period, are scrutinized together.

In terms of Byzantine studies, which have been worked on and shared with the public for so long in Turkey, both local and foreign researchers must get permission from the official authorities to access museums and ruins. The works are inspected during the entire permit period, and when complete, a copy of the results has to be shared with the authorities. Archaeological excavation and restoration works are supported financially and administratively by being licensed directly by the Ministry with the permission of the Presidency. Countless Byzantine artifacts are officially studied, preserved, and exhibited in museums and ruins all over Turkey, and the Byzantine Period is within the scope of the curriculums of the History, Archeology and Art History departments in our universities. As it is for all other pre-existing communities in Anatolia, Byzantine Studies is recognized and supported in a contemporary and scientific manner in our country. Turkey was officially the host and project partner for the congress, initially planned to be held in Istanbul in 2021, through its many governmental institutions. If the international congress officials had not decided on moving the congress to Italy, probably due to various political reasons, there had been a lot of preparation for the event to be held in our country.

In conclusion, for better or for worse, another congress is over. As researchers, we regret that populist and superficial approaches often defeat our transparent efforts that are provided within the framework of official permissions, which would otherwise contribute to the development of our country in many ways, but especially scientifically, culturally and financially. I hope this mindset yields its place to a more civilized, mature and beneficial one.

Of Venice and the 24th Byzantine Congress: Reflections by Canan Arıkan-Caba

Of Venice and the 24th Byzantine Congress: A Photo Essay by David Hendrix

Of Venice and the 24th Byzantine Congress: A...

Cyril A. Mango An Englishman in Istanbul

Of Venice and the 24th Byzantine Congress: A...