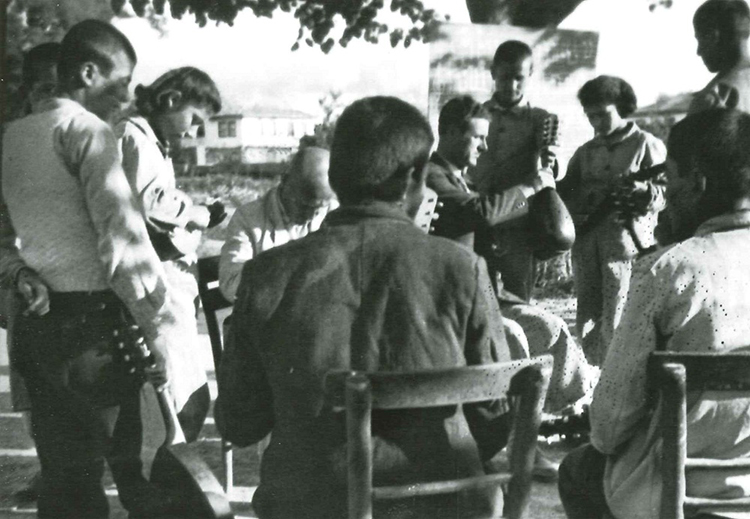 Students learning outdoors how to play the mandolin at the Akpınar Village Institute. İ.H. Tonguç Archives

Created through the vision of the pedagogues of the period, this endeavor not only provided formal education to village students, but offered non-formal education to their parents as well. It was inconceivable that an education concept with such an important mission would achieve its goals, of course, without taking advantage of art, especially the art of music. Therefore, apart from being educational institutions, Village Institutes stood out as centers of culture and art. The role that fine arts –particularly music– played in daily life was just as important as its place in education. It would thus be fitting to address and evaluate music activities in Village Institutes as such.

An extract from an article by Melih Duygulu in the exhibition catalogue.