I closely witnessed the Village Institute movement during the years of my childhood and adolescence. I participated in some of the inspection journeys of my father, then-General Director of Primary Education İsmail Hakkı Tonguç; I even visited areas of Turkey that were quite difficult to access under the conditions of the period. One of the highlights of these journeys involved my father, constantly taking photographs with the camera he always carried around. I realized, over time, that this was far beyond a mere hobby or interest, but rather a serious and systematic occupation that entailed certain objectives. I recall a typical image of him: with the indispensible camera in his hand, a burly, affable middle-aged man dressed in an open shirt with no tie, a sports jacket of sorts, and golf pants. A man nothing like the serious looking executives of the period dressed in dark suits and ties, whom they found odd: İsmail Hakkı Tonguç, one of the founders of the Village Institutes! 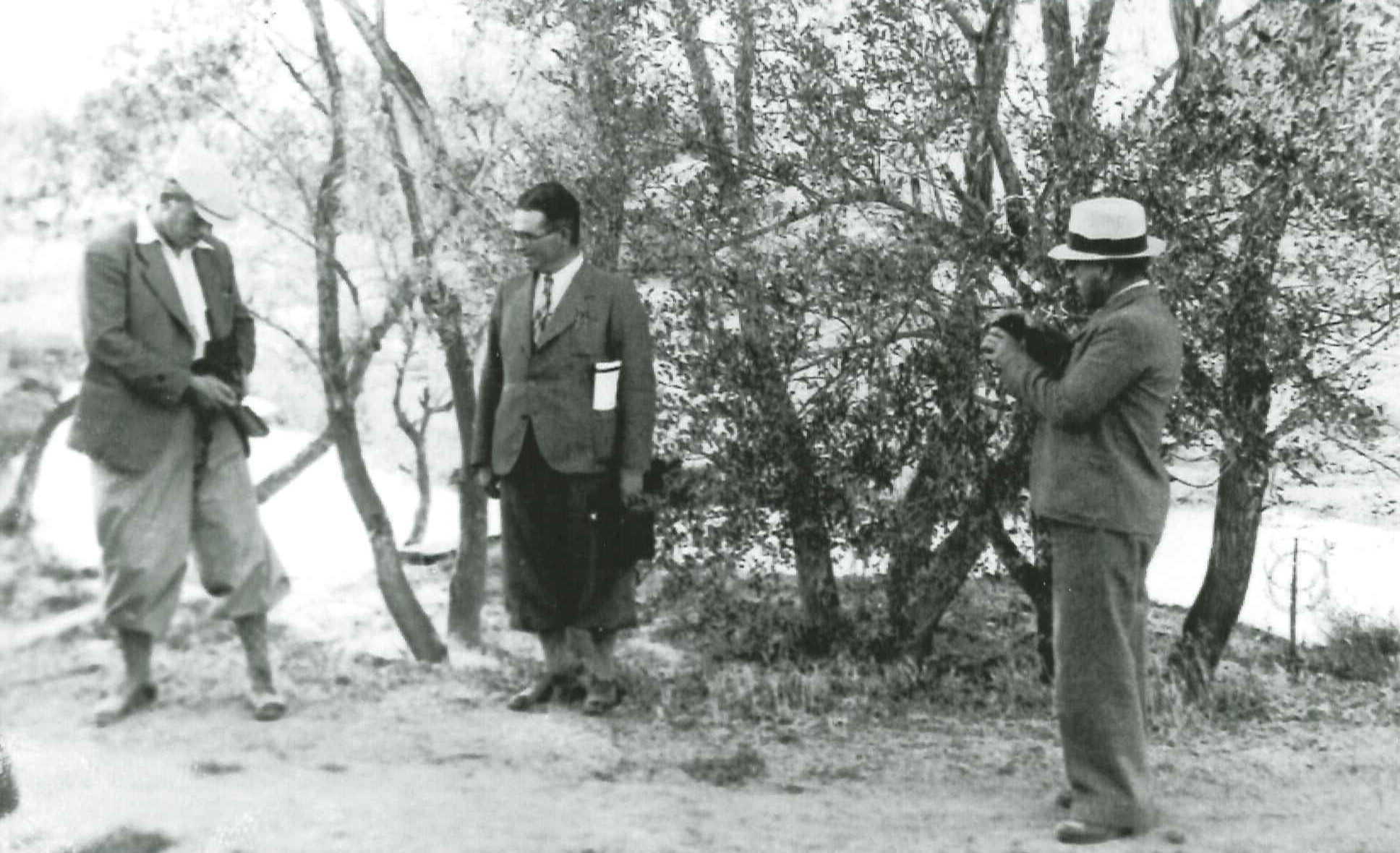 Tonguç on an excursion during the early years of the Village Institutes. İ. H. Tonguç Archives.

Why was he constantly taking photographs? In the years between 1936 and 1946, which can be defined as the Village Institute period, Tonguç’s objectives and reasons behind treating photography as a serious and systematic endeavor can be summarized as follows: 1. By transmitting the works at Village Institutes and the primary education movement into a visual medium, he sought to document these endeavors and prevent them from being forgotten. The subsequent efforts to destroy Village Institutes and their memory prove how right he was in his quest. Many institutions have been forgotten or have been made to forget in Turkish history. Photographs have aided in preventing the same tragedy in the Village Institute movement. I do not thing that any other institution in our history has been documented to this extent with so many photographs. 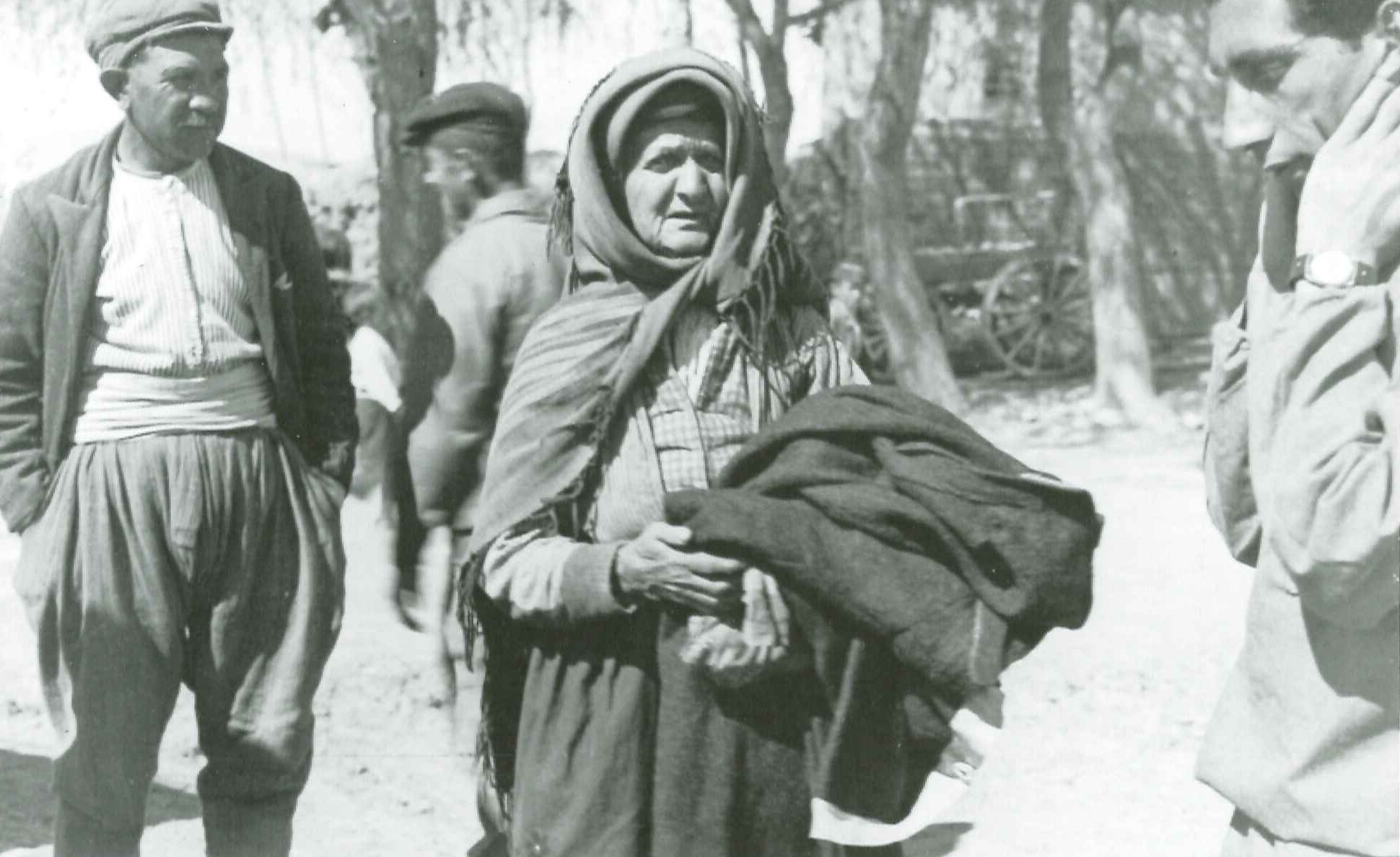 2. The recognition of these endeavors not only verbally, but visually as well befits Tonguç’s personality, overall frame of mind, philosophy, and conception of education and work. Concretizing ideas and actions, and visualizing them was much suited for an educator and an arts & crafts teacher, who had his own views and contentions. The correct transmission and description of implementations could only be possible through visual aids. Described by a writer friend as “the tetrad of measurement, geometry, substance, and work,” Tonguç’s actions and desire to concretize each work with photographs were a natural consequence of his personality and his general approach to work. 3. In addition, he must have thought that a muchdebated initiative such as the Village Institutes, whose  possibly bleak future aroused concern from the onset, had to be supported with visual documents for future defense. Indeed, as the Village Institutes were being defended during the period after Tonguç, these photographs served as strong and useful concrete evidence.

4. One of the important features of these photographs was that Tonguç never confined his subjects to Village Institutes. Meadows, mountains, trees, flowers, nature, roads, bridges, village houses, fields, life in villages, villagers, village children, work life, ancient monuments, buildings were among the subjects he was interested in. In short, the Anatolia of the thirties and forties was documented through his photographs. These images offer a detailed, unhidden, and incontrovertible portrait of the social and economics  conditions of a country. This is also closely related to the objectives behind the initiatives undertaken through Village Institutes and the education movement. His attempts to paint a larger picture through photographs point to a revolutionary effort at Village Institutes to transform society far beyond an education and literacy campaign in the narrowest sense. These photographs attest to the desire to utilize education for a grander purpose. As emphasized several times, the issue for Tonguç was not a limited village problem or a question of literacy. It was, indeed, fundamentally the problem of a nation, a revolutionary change of society. As some researchers argue, perhaps the best way to understand him is not by focusing on Village Institutes to contextualize Tonguç, but by focusing on Tonguç to understand Village Institutes. As an educator and thinker, his ideas and objective should not be confined to Village Institutes. The richness, breadth, and diversity of the subjects in his photographs support this view. In short, these photographs are not merely limited to identifying educational efforts; instead, they offer important clues about his personality, views, philosophy of life, and goals.

An extract from Engin Tonguç’s article in the exhibition catalogue.

Documentaries: Village Institutes of the Republic 1940-1954

Churches of Constantinople at the Beginning of the...

A Grand World The Literary Figures of Robert...