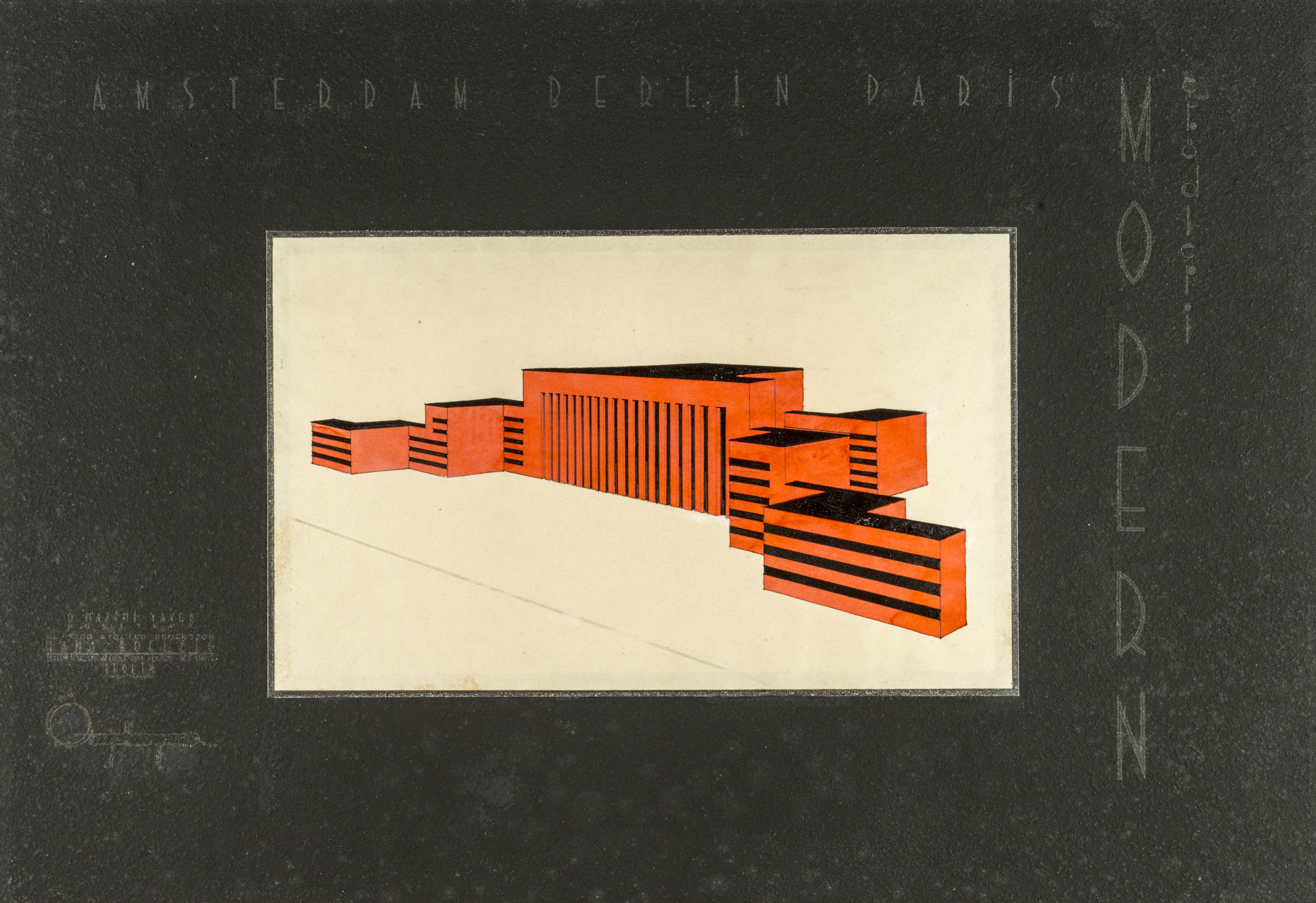 For the monumental project featuring horizontal band windows and columns, a perspective in which the color element is included into the design in contrast with the “white modernism” cult associated with Bauhaus. 16.5 x 26.5 cm (34.5 x 48.5 cm with passe-partout) Büke Uras Archives.

As in the case of Yenal’s drawings, the type of architecture that remains unconstructed, or more precisely, not intended for construction and thus severing its ties entirely with the objective of implementation attains the character of “paper architecture.” In the absence of determinants associating architecture with its primary function of construction, such as scale, structure, employer, and budget, what remains is works on paper with an intimate discourse on architecture, the borders of which become vague through painting. Putting the function of the designed building in the background, paper architecture places architectural drawings at the heart of its narrative and focuses on presentation, representation, and idea. The term paper architecture was first proposed in the 1930s in Soviet Russia led by Josef Stalin with an official ideology defending socialist realism to criticize and slander the avant-garde Russian architects of the 1920s producing abstract works. However, the term gained prestige throughout the 20th century and transformed itself to distinguish an independent architectural practice. Among the dynamics that impact Yenal’s position as a paper architect were not only his inner world as an individual, but his persona as an architect-author of the early Republic, a civil servant for the state, which left him no choice other than being a public servant.

For more information about our exhibition, please visit our web site!

Academy of Fine Arts: The Cautious Allure of Institutions

From Beyoğlu to Şişli The City’s Cultural Weight...