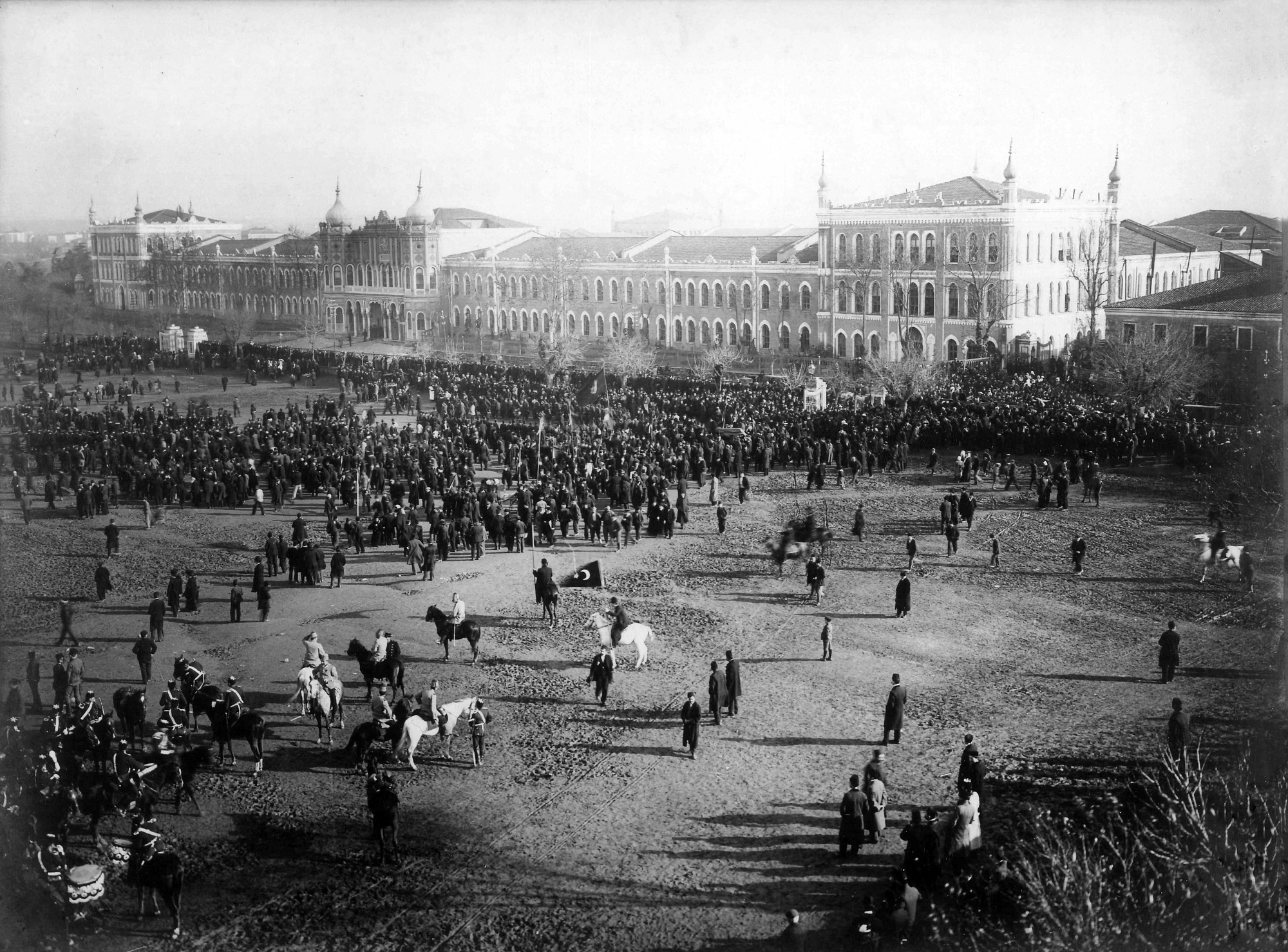 As a primary focal point of the current cultural and political life in Istanbul, Taksim Square was once a flat expanse surrounded by graveyards to the west and partially to the south, with a commanding view of the Bosphorus. It was considered a promenade of the Levantine and European communities inhabiting the nearby districts of Galata and  Pera up until the second quarter of the 18th century.

After the historical peninsula had become rather heavily populated even by the late-16th century, settlements gradually concentrated from the northern shore of the Golden Horn along the shoreline stretching to Dolmabahçe as well as the slopes behind it. Commissioned by Bayezid II, the water pipeline known as ‘Galatasaray Suyu’ that was laid in order to supply water to these districts proved insufficient. While the Patrona Revolt of 1730 hindered Ahmed III from initiating a new study to bring water to the area, his successor Mahmud I realized the water supply  project between 1731-1750. The sultan commissioned the foundation of his mother, Saliha Valide Sultan to install the Taksim Water Works, which fed of Balaban Creek in Bahçeköy as well as Eskibağlar Creek. Water that was conveyed to storage tanks in Taksim, the highest point in the region, by means of the Bahçeköy and Mahmud I Aqueducts via the ‘Hacı Osman Meadows – Ayazağa – Levent – Mecidiyeköy – Şişli – Harbiye route’ would be distributed to various districts from the adjacent utility station. Over time, the Taksim Water Works was expanded with renovations and additions commissioned by Abdülhamid I, Koca Yusuf Pasha, Gazi Hasan Pasha of Algeria, the mother of Selim III, Mihrishah Valide Sultan as well as Mahmud II.

In 1732, several public fountains were commissioned in the region which fed off this utility station from which the district derives its name, ‘Taksim.’ Amongst these, the  Tophane Square Fountain, the Saliha Sultan Square Fountain in Azapkapı, Hekimoğlu Ali Pasha Square Fountain in Kabataş, as well as the Bereketzade Fountain in Kuledibi all exemplified a fine Tulip Era-style that featured Indian- and Western-based Baroque influences in a decorative program which broke away from the Classic Ottoman style during the reign of Mahmud I.

The exhibition Taksim: the Heart of Istanbul could be seen free of admissions at the Istanbul Research Institute  between June 5 – October 11, 2014.