In showing his guests the calligraphic works in his collection, Ekrem Hakkı Ayverdi would say, “Each nation is particularly good at certain forms of art. The two most important arts in Turkish culture are architecture and calligraphy.” Indeed, the Islamic art of calligraphy reached its zenith during the Ottoman centuries; the great masters of calligraphy carried a range of calligraphic styles to unprecedented levels as of the 15th century. The saying, “The Koran was brought down in Mecca, read in Cairo, and written in İstanbul” thus holds true. All other forms of Ottoman art, only calligraphy remained uninfluenced by Western styles and continued to develop within its own unique tradition. 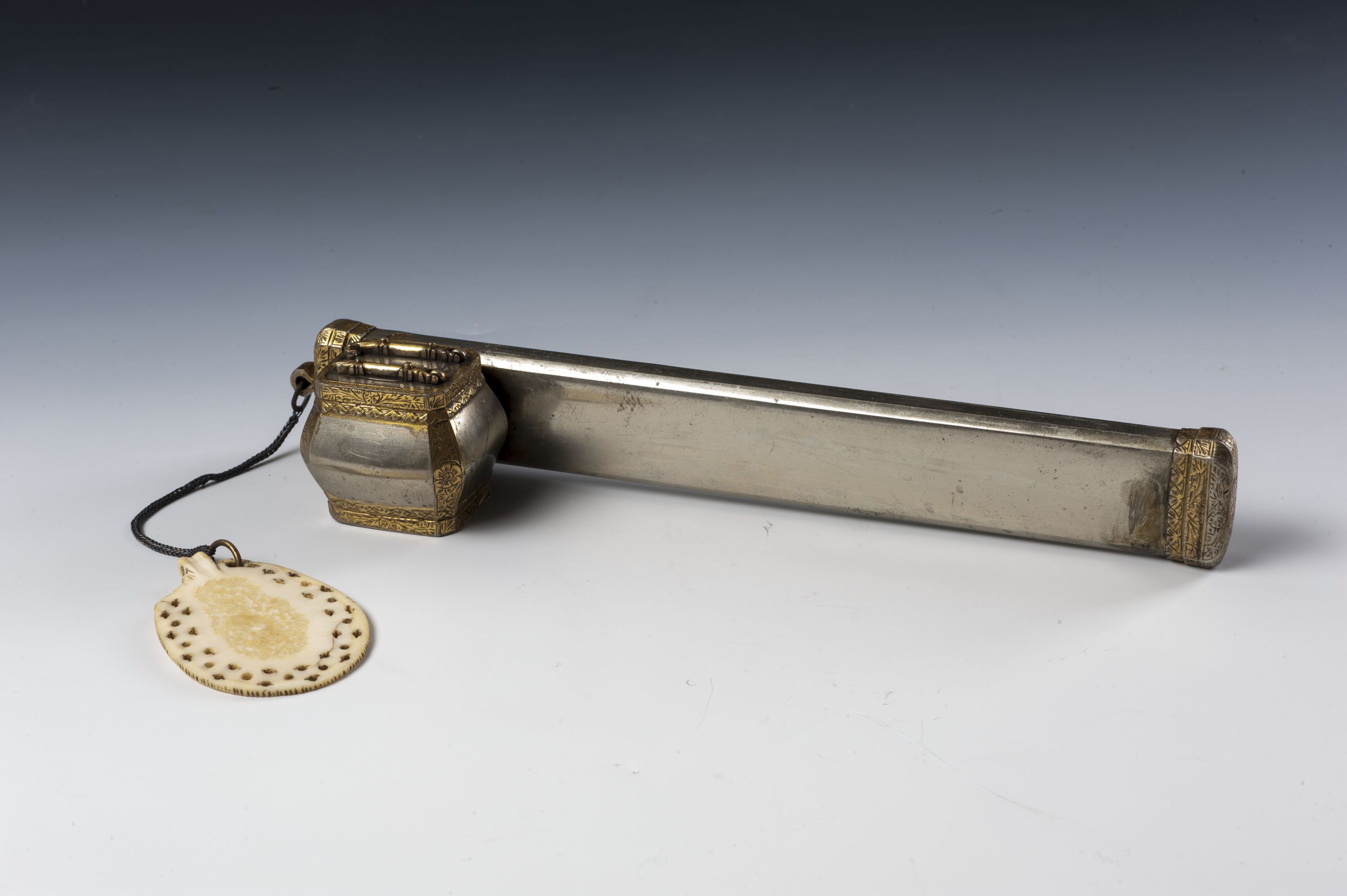 ‘Divit’ and ‘Makta’. İstanbul, second half of the 19th century. Silver, whalebone.

Collections of calligraphy often include books, kıt’as, murakkas, karalamas, and levhas. Each one of these forms has their own branches. The single volume or codex (mushaf) of the Koran is the leading one of its kind. Koranic sections such as Amma, Yasin, Anam, prayer books known as Delâilü’l-Hayrât, reliable Hadith books, Mevlid-i Şerif, copies, writings on religious subjects, and the collected works of poets are among the different types of books in this category. The kıt’as, on the other hand, are independent works of calligraphy most often executed in sülüs-nesih or ta’lik script. The murakka albums are created when the kıt’as brought together and bound as single volumes. The calligraphic studies or sketches of master calligraphers known as karalama are preserved by calligraphy aficionados and those who received training in the field of calligraphy. They are often framed with marbling paper and preserved as part of the murakka albums.

Predominantly written in celî sülüs or celî ta’lîk script, the levhas contain Koranic verses, hadiths, or poetry written in Turkish, Arabic, or Persian.  The inscriptions are decorated with illumination and marbling paper. Another kind of levha is the “Kilye-i Saadet,” which describes the physical and ethical characteristics of Prophet Muhammad.