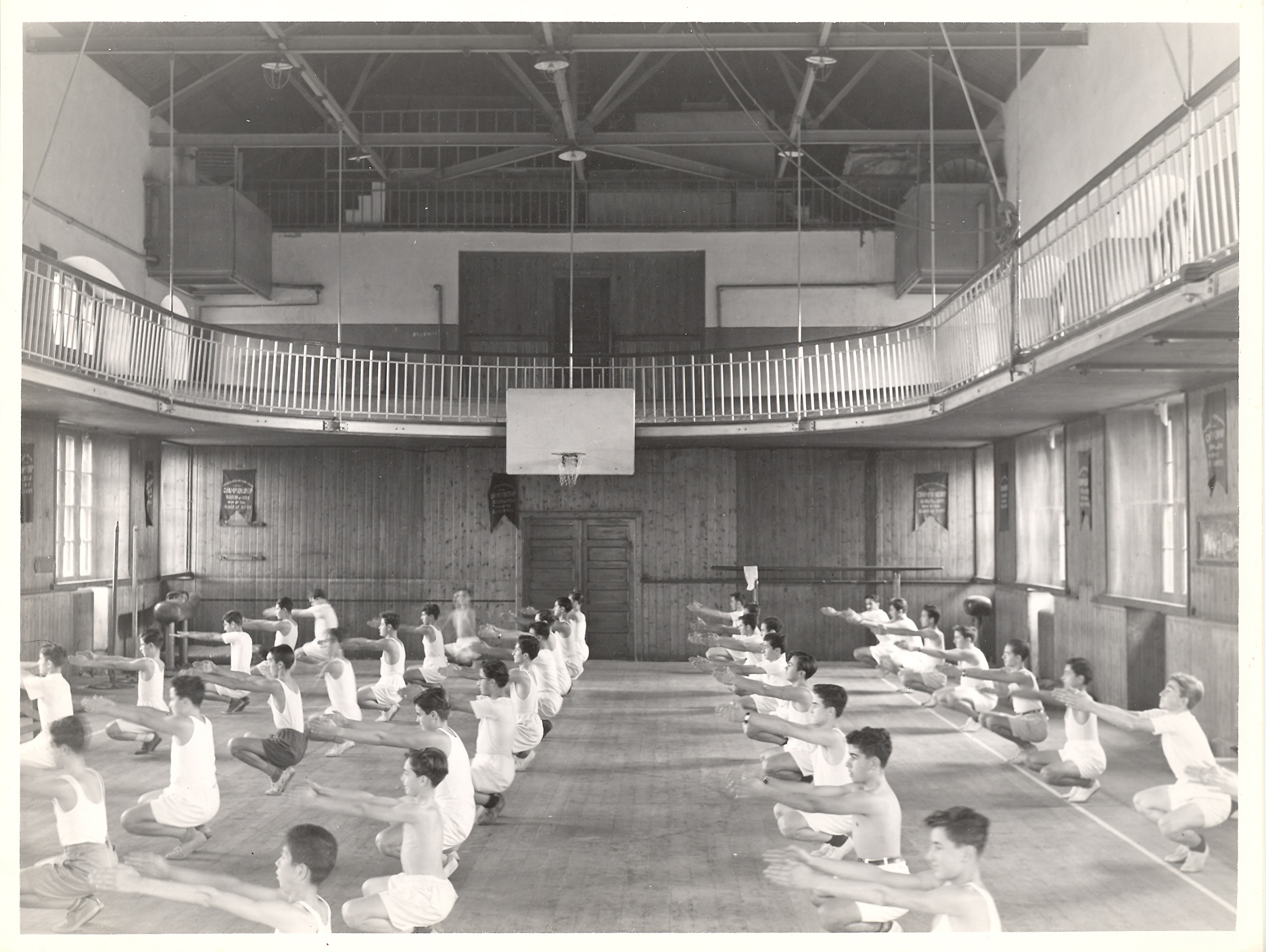 Students at the Dodge Gymnasium, the first sports hall in Turkey, 1930s.

As of the early 19th century, , during the final period of the Ottoman Empire, sports –unlike all else in the country– spread from the periphery to the center. During these years, the despotic rule of Sultan Abdülhamid II had succeeded in keeping the capital away from the nearby wave of modernization; however, it failed to have an impact on the cosmopolitan port cities, which were the Empire’s gateway to the outside world. Consequently, modern sports first entered Ottoman lands through cities such as Alexandria, Salonika, and İzmir. İstanbul, and the young Muslim elite of the city in particular, had to wait for a little longer, at least until the Second Constitutional era to join these movements. Although this sense of “belatedness” was over soon, time and help was needed for İstanbul to become the sports center of an emerging Turkey. Schools establishing the Empire’s connection with the West came to fore exactly at this juncture. 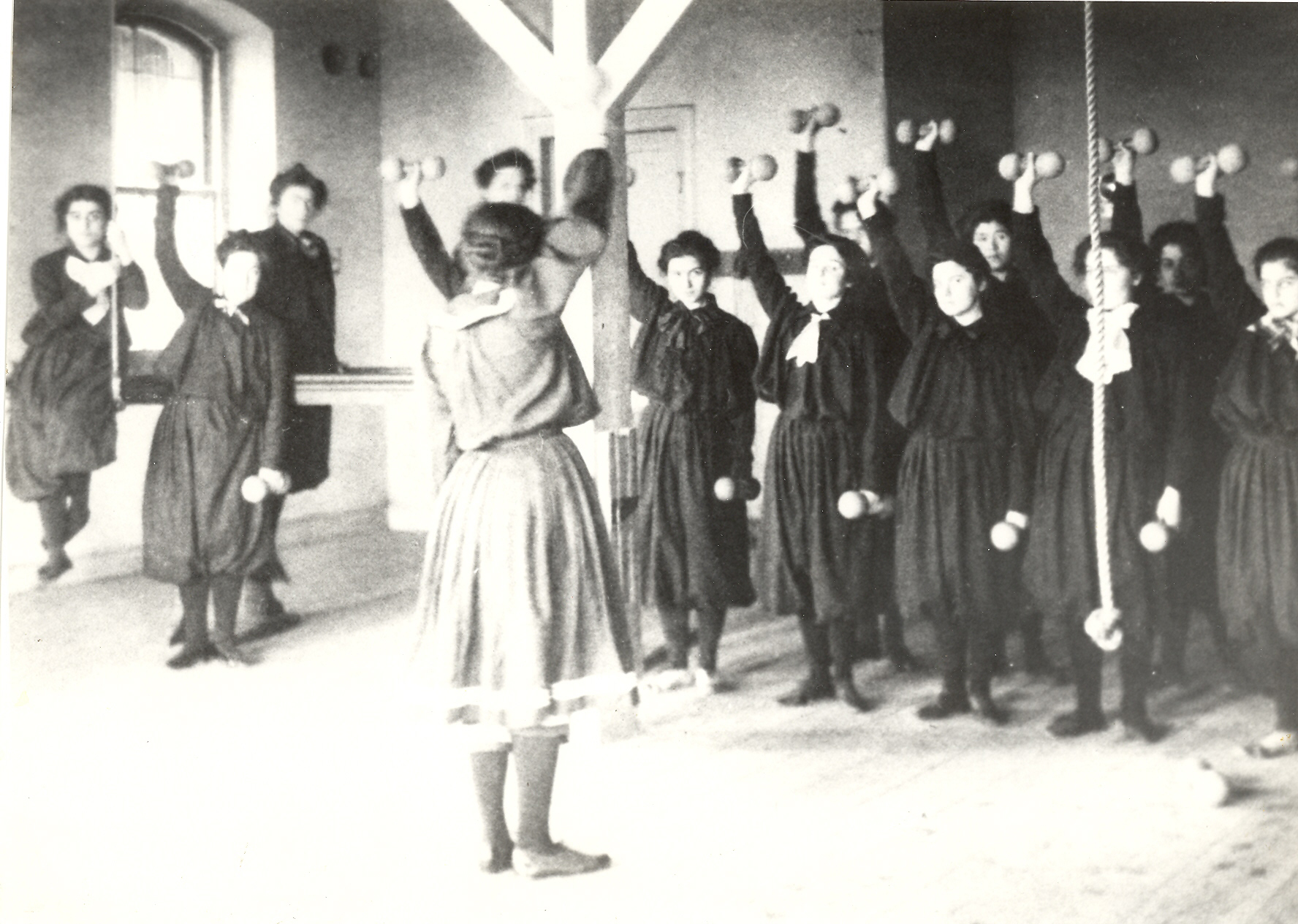 Robert College’s role in the sports history of Turkey should thus be considered within this context. Even prior to the Second Constitution, when the number of people aware of modern sports was merely a handful in the country, Robert College had managed to partake in the sports wave rising particularly from the U.K. and the U.S. The school’s ability to remain independent from the conditions of the Empire and its cultural ties with the Anglo-Saxon world had succeeded in transforming Robert College into the sports center of İstanbul long before other schools and institutions. R.C. co-founder Dr. Cyrus Hamlin’s resolve in making physical education an integral part of student training led to the creation of a serious physical education curriculum at Robert College as of 1863. During these years, the Ottoman Empire was not even familiar with a concept of physical education beyond military training.

By 1896, the year of the first modern Olympics, the American teachers of the school had already realized that sports would become one of the hallmarks of modern age. The same year, Robert College Sports Club was founded. Along with a few Ottoman-Greek associations in the Aegean, it was the first sports club on Ottoman soil. 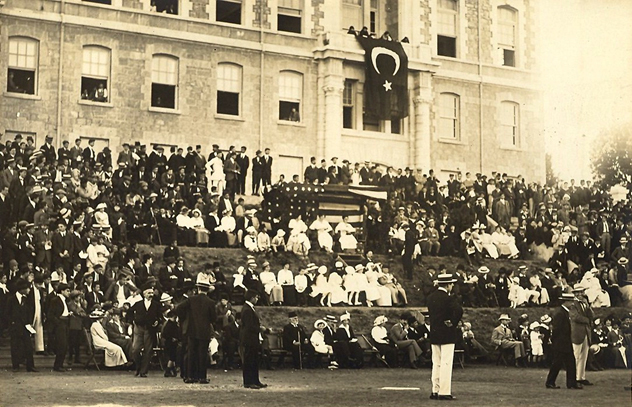 The school’s sports club not only organized sports activities but also played a vital role in spreading sports across the city and the country. In 1897, Field Day (sports festival) tradition was initiated at the school as a reflection of the Olympic culture spreading rapidly across Europe and America. A review of the Field Day organizations from the early years onwards reveals its wide scope and the extent to which it was influenced by the Olympics. 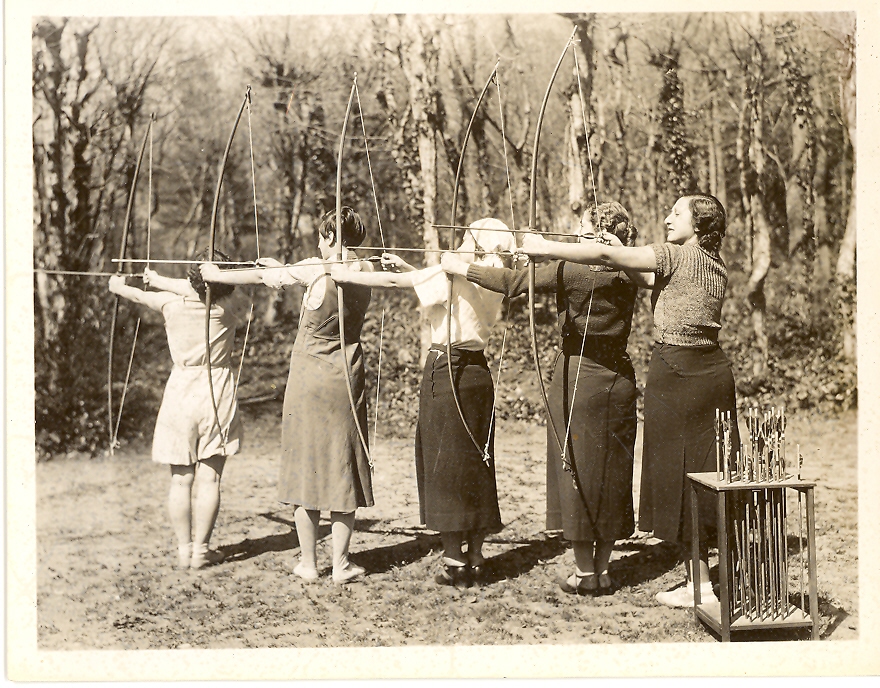 Categories in some of the Field Day events were so many in number that it would not be wrong or exaggerated to argue that Robert College repeatedly organized the most comprehensive sports events in Turkey. Following the opening of Turkey’s first sports hall, Dodge Gymnasium, in 1904, Robert College solidified its place as the center for sports. Named after donor William Dodge, the hall was also the first school gymnasium in Europe.

This post is compiled from Dağhan Irak’s article in The Anatomy of a Tradition: 150 Years of Robert College 1863 – 2013 exhibition catalog.