Ottoman Istanbul was one of the leading production centers of written culture for a wide region. Writers, copyists, binders, frame drawers, illuminators engaged in the production of manuscripts on a variety of topics and in a number of languages, through a multifaceted, multilayered creative process. Readers passed these manuscripts on, reading them aloud or quietly, in public or alone, taking neat notes or scribbling them in the margins. Title pages that list the contributors in the modern printed books do not exist in manuscripts. Nevertheless, we can trace the marks in the physical objects in our hands hundreds of years later, of those created and consumed the manuscripts, even if many of them remain nameless.

Author
Unlike books produced in modern times, where copyright officially recognized, it is quite difficult to determine the authors of manuscripts. Many of them are unsigned, and the authorship of writers concerning any given copy of the work is dubious – what changes did the manuscripts go through as they were copied for centuries due to sloppy calligraphy or consciously made choices; which parts were rewritten almost entirely?

Copyist
Not everyone was literate in Ottoman society, but all literate individuals could copy books— copyists and calligraphers had no guilds, and there was no monopoly over the production of manuscripts. In a society where copying the Quran was considered a good deed, it would have been unthinkable to prohibit copying books, and unlike the Europe of the Middle Ages, there were no big monopolistic copymaking workshops in the Ottoman Empire like the ones in monasteries. Accordingly, the difference between the originator of a book and its copyists was blurred; copyists and readers added parts to written works, and later copies sometimes repeated these pieces as part of the original work.

Binder
Binders bound the manusctipts. Many different types of binding became popular through the centuries – cheap and expensive, fancy and plain. Binders also played an important role in the circulation of works, sometimes lending them to readers for a small fee.

Illuminator
The artist who “illuminates” the manuscript with gilded ornaments. It was highly desirable to own a well-illuminated manuscript, and especially a copy of the Quran. The illumaniton of a manuscript would be done after all the text was written; the geometrical and schematic ornaments would be used in various mediums, such as architecture and textile.

Reader
Books are created not only when they are written; but also when they are read. This is especially true for the early modern period, when a single copy of a work was not manufactured into thousands of copies and copyright was not yet officially recognized. The history of readers is intertwined with that of the author; notes in the margins indicate when, where, and by whom the book was read, and the relationship forged between the reader and the author; they keep track of a mundane detail, a dream, and a memory. 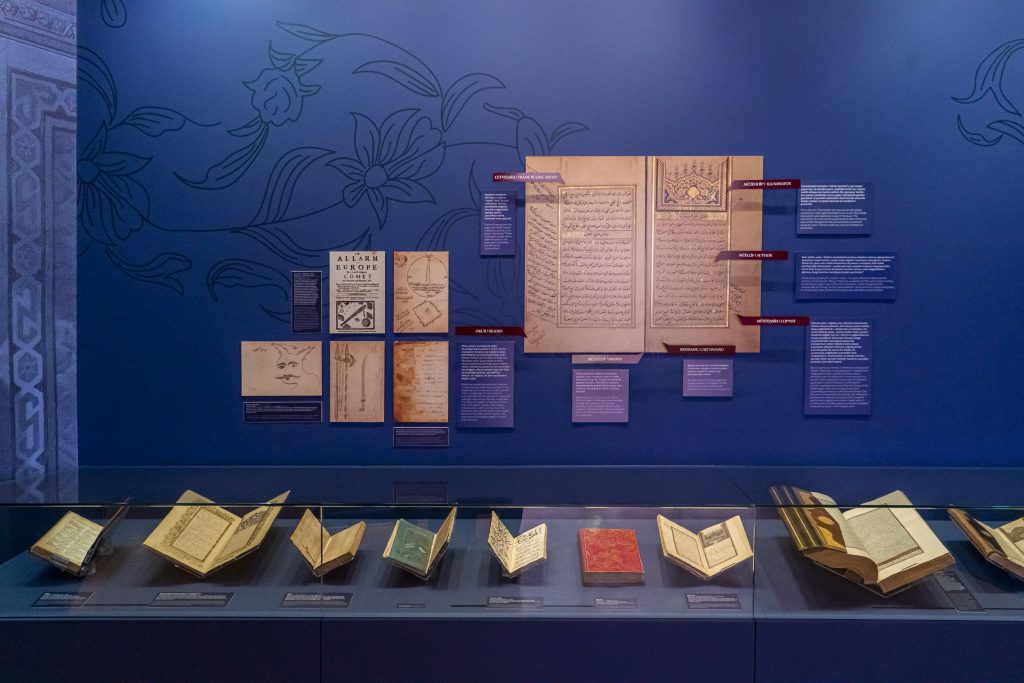