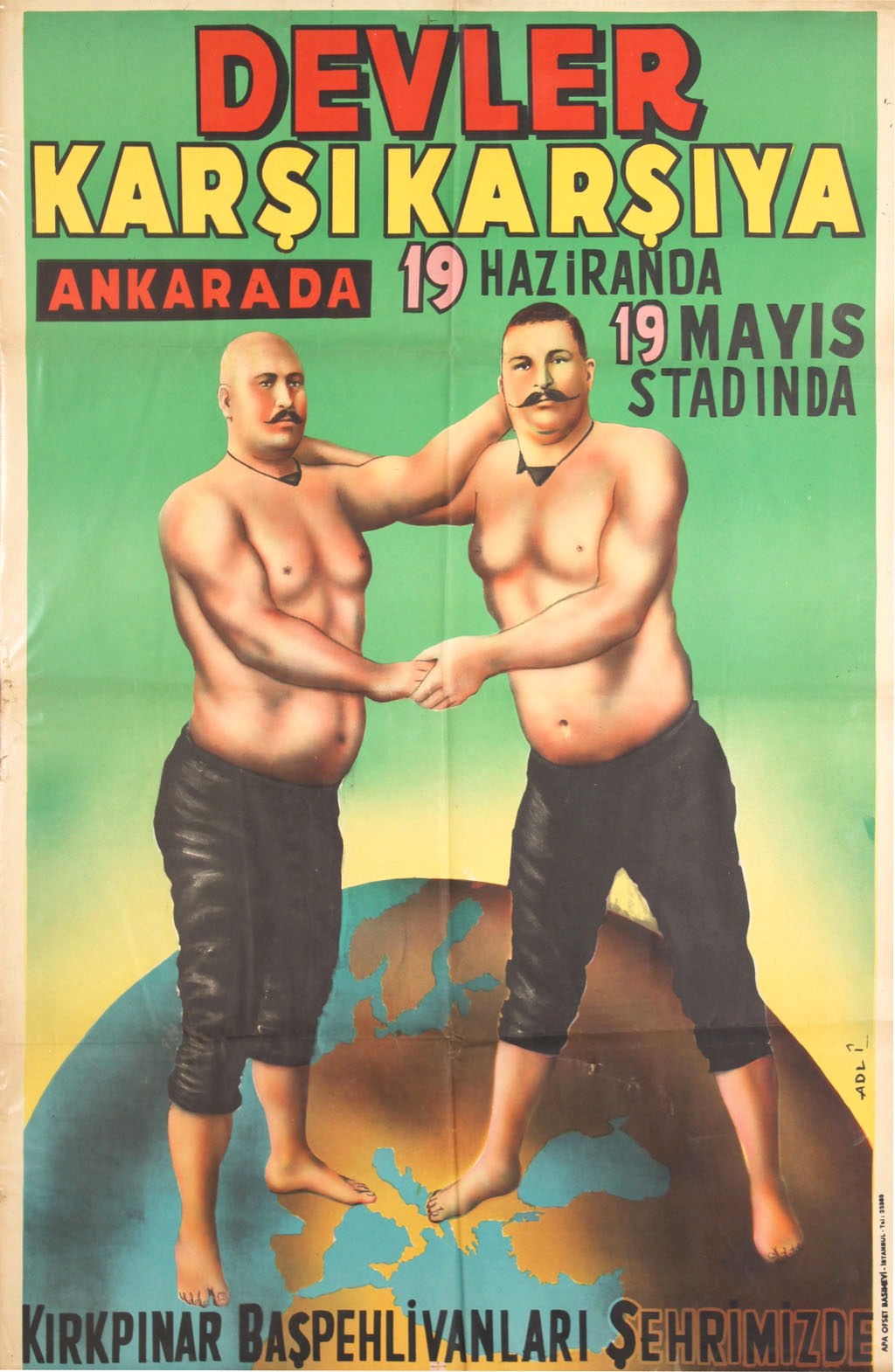 Publicity poster for a grease wrestling competition held at the 19 Mayıs Stadium in Ankara, on June 19th, post-1936.

Announcing a grease wrestling competition held in Ankara, the poster features the photograph of globally renowned Kırkpınar wrestlers Kurtdereli Mehmet and Adalı Halil. However, considering that Adalı Halil and Kurtdereli Mehmet passed away in 1927 and 1939 respectively, and that the 19 Mayıs Stadium was completed in 1936, the wrestlers could not have participated together in this particular competition.

Legend has it that the identification of Edirne with wrestling, which can be dated to prehistoric times, began with the story of brothers Ali and Selim, who wrestled an entire day and night on the Ahıköy meadow during Orhan Gazi’s Roumelia Campaign. Unable to beat each other, they died wrestling. In memory of the brothers, the locals named the area “Kırkpınar”, after a well that sprung from the bottom of a fig tree where the brothers were buried. Until 1928, the Kırkpınar grease wrestling tournaments were organized by the wrestling “aghas.” From 1946 onwards, the Municipality of Edirne took over the organization.