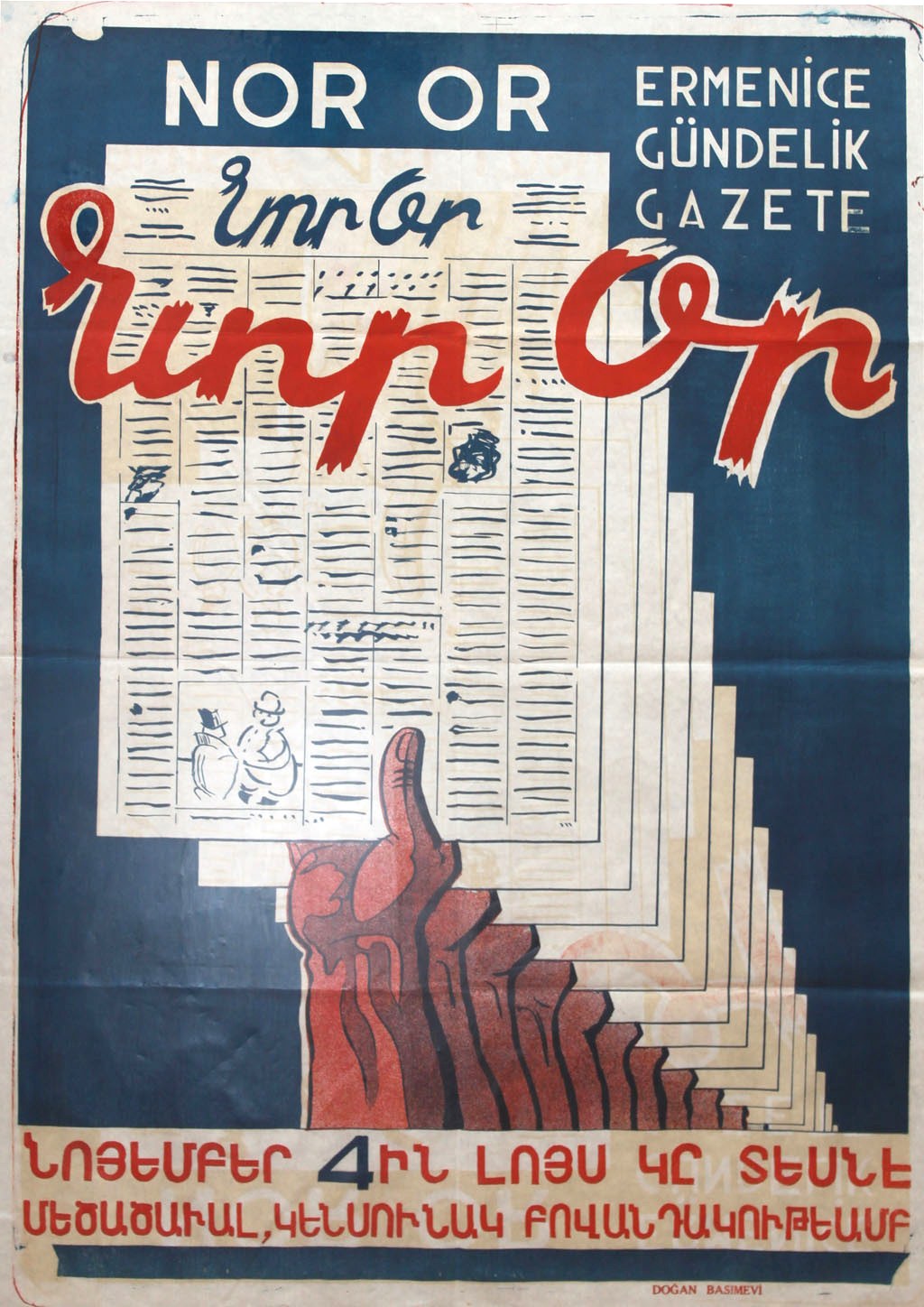 Aram Pehlivanyan, Sarkis Keçyan (Zanku), Zaven Biberyan and Avedis Aliksanyan published the first issue of the daily newspaper Nor Or (New Day) on 21 July 1945. As a different voice criticizing the government, the socialism-inclined newspaper became a media organ that both the Armenian community and the government followed closely. Containing not only political but also literary articles as well, the newspaper brought together readers with significant Armenian writers from Turkey such as Hagop Mıntzuri, Vartan Gomikyan, Keğam Sevan, Haçik Amiryan, Yetvart Ağamyan, Haygazun Kalusdyan, Vartan İhmalyan, Yervant Gobelyan, and Zahrad. This literary milieu would later come to be known as “Nor Oryan Serunt” or the “Nor Or Generation.”

Following the declaration of martial law in İstanbul in December 1946, Nor Or was shut down alongside other Turkish newspapers such as Ses, Gün, Yığın, and Dost; Avedis Aliksanyan, Aram Pehlivanyan, Zaven Biberyan, Vartan İhmalyan, Jak İhmalyan, Barkev Şamikyan and Hayk Açıkgöz were arrested based on the grounds that they were leftists.

Rupen Maşoyan and Yervant Gobelyan, who began publishing the newspaper Tebi Luys (Towards the Light) in 1950, strived to uphold the legacy of Nor Or. The duo played a significant role in the establishment of Agos nearly half a century later.

İbrahim Pasha and the Riddles of His Palace