İstanbul holds a leading place among research areas of contemporary sociology and urban design. In the wide spectrum of research fields, ranging from archaeology to history, from art to literature, and from religious culture to daily life, the city provides answers to humanity’s fundamental queries. Is this merely a coincidence or a mesh of problems in dire need of a resolution, stratified throughout history from the past to present? If our answer entails resolving this mesh of problems on the scale of İstanbul, then we can certainly call for a common denominator through which diverse opinions and approaches can counter with one another. The Annual of İstanbul Studies thus begins its publishing life to compensate for this need in terms of modern scientific thought.

One of the articles in the Annual explores the shipwrecks revealed by the Marmaray Railway project.

Aerial view of Yenikapı coastline and the excavation area from the east.

During the construction of the Marmaray Railway and Metro stations in Yenikapı between 2004–2012, no fewer than thirty six shipwrecks were revealed. They are dated to 5th-10th centuries A.C.E. This discovery is one of the largest ship finds in the world. The ongoing archaeological excavations confirm that Constantinople’s main harbour, Portus Theodosiacus, was once situated in this former natural bay; now silted by the ancient Lycus (Bayrampaşa) river, it lies about 300 m away from the today’s shoreline. The harbour was built in the late 4th century as the need for transporting demands of the growing economy and population of Constantinople, evolved during the reign of Theodosius I (376–395 A.C.E.). 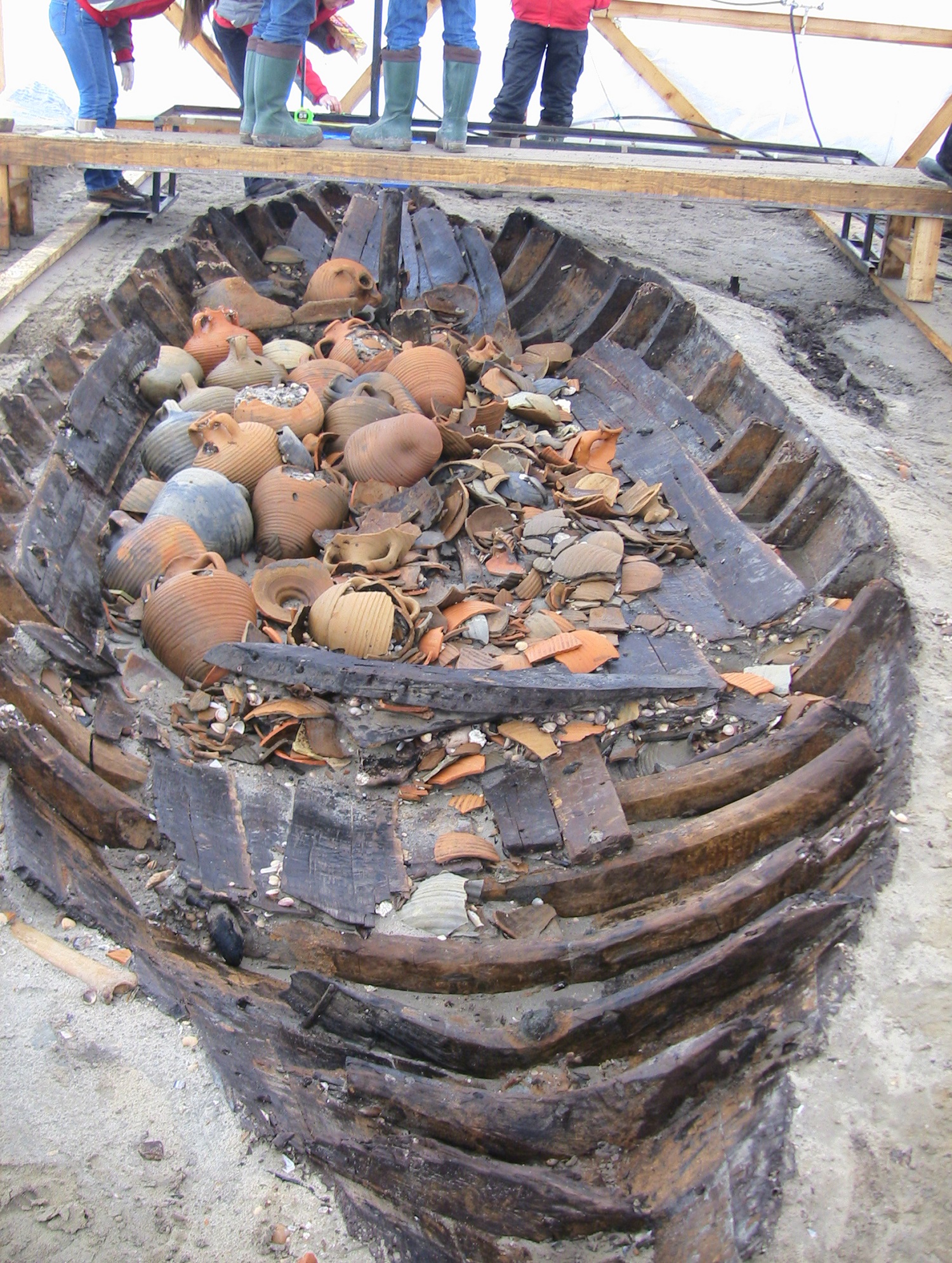 A ship with its cargo.

Artifact inventory of the site is also quite rich. Different types of amphorae and table wares, coins, candles, figurines, leather sandals, and ornaments have been found. Also, a large number of nautical artifacts including rigging equipment such as pulleys, ropes, toggles and stone and iron anchors have been unearthed by the museum’s ongoing archaeological salvage project and are seemingly well preserved.

Annual of İstanbul Studies No:4